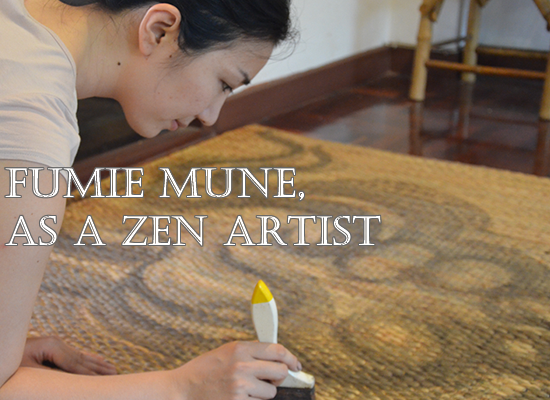 What is Herb Yoga Mat?

This is produced by ChoChoGREEN, which is introduced by major newspaper and yoga media. 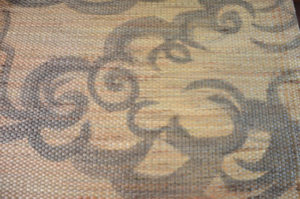 Our goals of Zen Kodo Mat are shown as below; 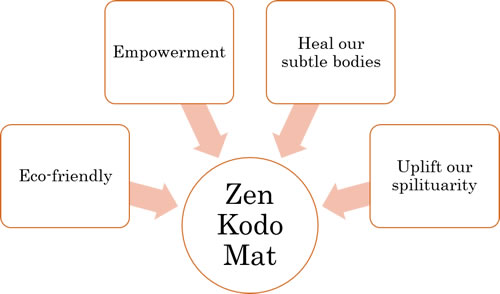 NO MORE POLLUTION ON THE EARTH

Most of conventional yoga mats have negative impacts on the environment. They cannot be bio-degraded in soil. In case of our Zen Kodo Mat, it is made from 100% natural produce, water hyacinth and hemp as well as using natural herb to dye. Our mat is bio-degraded and can contribute to fertility of the land, also. It aims to secure future children’s happiness. 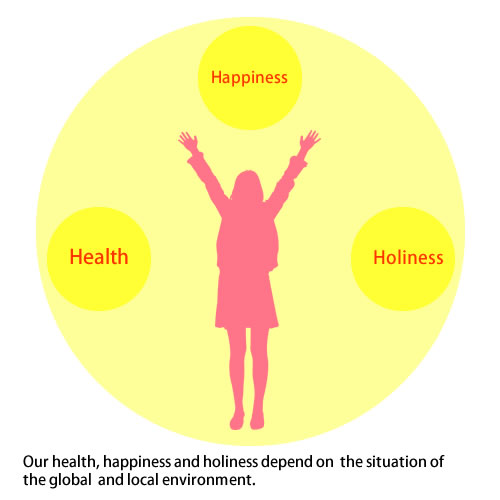 What kind of problems do chemical Yoga Mats cause?

We cannot neglect the impact of our yoga practice on the earth anymore, because our health, happiness and holiness are connected to the condition of global and local environment in 21st century.

Therefore, now is the time to say “No” to un-sustainable yoga mat. However, most of the yoga practitioners contribute to pollute the environment by doing yoga.

This is because almost all of them have used PVC (Poly-Vinyl Chloride) yoga mat, which is a petro-chemical product, which cannot be bio-degraded after its disposal. This means that PVC yoga mat remains in soil forever. Tons of PVC yoga mat have been thrown away every year all over the world, as we practice yoga more and more.

In case of our Zen Kodo Mat, it is made from 100% natural produce, water hyacinth and hemp as well as using natural herb to dye. Our mat is bio-degraded and can contribute to fertility of the land, also. It aims to secure future children’s happiness.

No more earth-load trash by making process of yoga mat

There are many kinds of problems when conventional yoga mats are produced.

In case of PVC yoga mat, this is produced with many kinds of petro-chemical materials. At the same time, much industrial waste are produced, including dioxin.

Some people use PER (Polymer Environmental Resin) yoga mat for their eco-consciousness. This is advertised as “PER yoga mat is bio-degraded in nature, because they are made from natural products”. Certainly, this is made from dent corn, but the corn is a genetically modified (GM) corn. Many specialists indicate the risks and threats of GM products. As a yoga practitioner, GM products cannot be called as natural products. They are not adequate for Yogic lifestle. Therefore, we cannot choose PER yoga mat easily.

The subtle body is composed of mind, intelligence and ego, which controls the gross physical body according to Bhagavad Gita, one of the most sacred texts of Hinduism. In eastern cultures, it is said that our subtle body can expand and be healed when you touch real natural material. Therefore, we develop the most adequate yoga mat for your best practice of yoga and meditation.

Zen is a meditation-oriented lifestyle. Zen is also a practical system to live with consciousness in every moment of your daily life.

Any artworks of Zen, such as garden, room, calligraphic works and paintings are tools to deepen your meditation.

Our Zen Kodo mat is not only an artwork but also a practical tool to increase your consciousness and awareness in your daily life, in which we have condensed the essence of Zen in the Japanese culture. 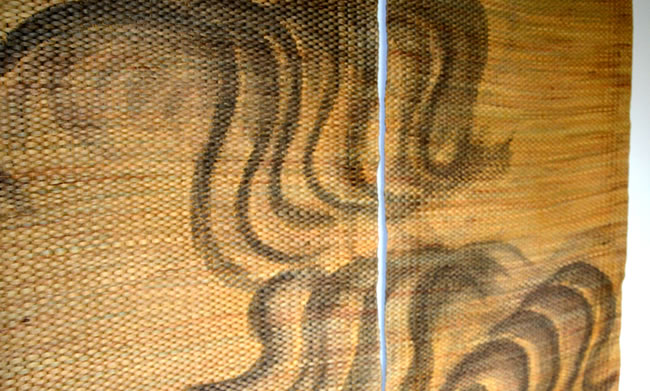 In this context, Zen Kodo mat will play a more spiritual and practical role than any other conventional yoga mats, which are used just to absorb yoga practitioners’ sweat or to prevent slipping when posing asana.

When you open Zen Kodo Mat, your room will become a Zen garden or Japanese Tea Hut which are carefully cleaned.

Wherever you open the mat, Zen Kodo Mat can work as a medium for you to enter the universe of Zen. 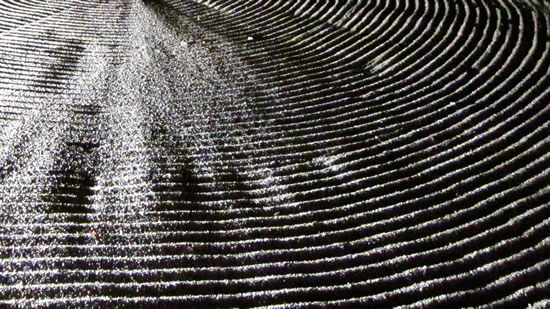 UPLIFT YOUR SPIRITUALITY WITH ZEN ART IN DAILY LIFE

In Zen tradition, we can deepen our senses and meditative body and mind only with carefully prepared space and tools. Our Zen Kodo mat is a mobile Zen garden, in which you can have the best yoga and meditation time.

The culture of Zen gardens in Japan has been developed for monks to deepen their meditation in their lives in Zen Buddhism Temples. Therefore, ordinary people cannot experience the gardens in their daily lives.

However, if you put Zen Kodo Mat on the wall in your space, Zen Kodo Mat can make your space more adequate for your Yoga and Meditation. This is because Zen Kodo Mat has its own Zen Art which is full of teaching. In addition to this, you can enjoy your life with more awareness and consciousness by using Zen Kodo Mat.

You can bring the mat wherever you go as well as conventional yoga mats. This does mean that you have your own Zen garden when you start to use our Zen Kodo Mat. 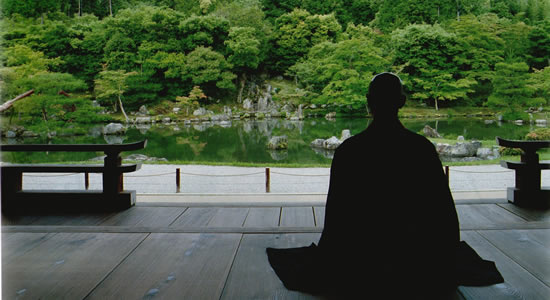 EMPOWER THE PEOPLE IN DEVELOPING COUNTRIES

The basic material of our Zen Kodo mat is a mat produced by the farmers’ group. In this group, many women have been involved in the production and taken important roles to produce. They were respected as a precious household stakeholder to earn cash income.